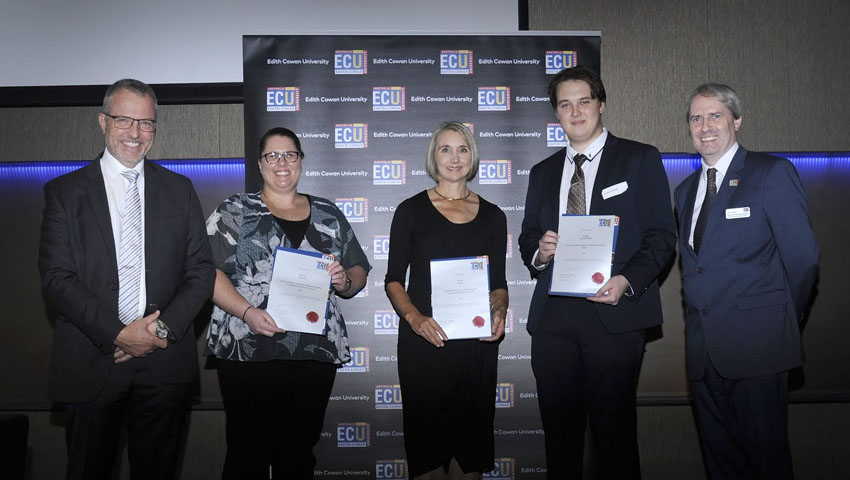 Graduates from Edith Cowan University have been rewarded for their success in the computer science and cyber security space.

Graduates from Edith Cowan University have been rewarded for their success in the computer science and cyber security space.

LMA has also contributed $13,500 in prize money over three years in support of ECU’s School of Science annual Prize Giving Award Ceremony, which also recognise excellence across the fields of computer science and cyber.

“We are committed to partnering with Edith Cowan University, a national leader in cyber security research, and other universities across Australia to advance STEM as a critical career focus as Australia’s future success depends on a constant supply of homegrown highly trained, capable talent with the essential skills to disrupt and prevent cyber threats from impacting Australians,” Kendell Kuczma, business development engagement lead, Lockheed Martin Australia, said

“It is with great pleasure that I congratulate Kristy, Joseph and Heide on being the first ECU graduates to receive the LMA computing science awards.

“An inspiring achievement that recognises their knowledge, hard work and expertise in computing science and sets a high bar for future students to strive for excellence in the cyber domain.”

Associate professor Paul Haskell-Dowland, associate dean for computing and security in the School of Science at ECU, added, “We are pleased to partner with Lockheed Martin Australia on the student awards as it is a terrific example of Australian defence industry formally acknowledging excellence within our student community and that the rigorous academic pathways students have completed is of a high standard.”